Have you checked out this season’s lineup? If not, be sure to include Barakamon in your list! As of episode 3, I can safely say that this will be a very fun show to watch until the last episode. 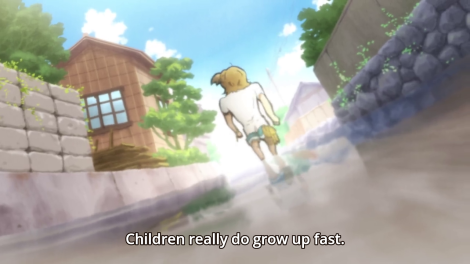 There are a lot of anime (a whole lot more than one lifetime could finish watching), and people generally prefer the ‘deep’ and ‘complicated’ stories, or basically those that have mysterious and adventurous air in them. To balance the heavy atmosphere, we have learned to take our regular dose of slice of life or comedy shows. Or both. These are our good feels anime, giving us positive energy to counter the negativity that can disturb us. We watch these shows lightly, not because they lack the ‘weight’ of other concept-driven stories, but because they are mostly light-hearted to begin with.

I’ve always been a fan of good slice of life anime, but because there are also too much of them nowadays, I try to just choose a few of them every season. Thankfully, I have picked at least one good choice this season. I would’ve unknowingly regretted it if I didn’t pick this show. Yes. Barakamon.

There’s only been 3 episodes as I am writing this, but let me briefly promote this anime using its good points.

1. It adequately introduces the characters: their personalities, circumstances, lifestyle

Handa Seishuu is exiled to a small island to reflect on his past actions (punching a famous calligrapher) and practice his calligraphy more. He seems to be good at it, but always seeks improvement. Since he has always lived in the city, moving to a small town initially brought him inconveniences. But because of the hospitality of the townspeople, he was able to adapt to the lifestyle. That’s also thanks to the characters –particularly Kotoishi Naru– who always hang out with him, being the respected calligraphy sensei in town. Although he’s been frustrated in his calligraphy, he learns to spend time and have fun with the others.

2. There’s a good amount of comedy in each episode.

As far as I can remember, this show has never failed to make me laugh with its unique humor. It’s not the same comedy that we see in shows which are heavy on comedy. When I say ‘good amount of comedy’, it means it has good comedy but at a healthy dose. It doesn’t make you laugh throughout the episode, but there are some scenes which really make you burst out a good laughter. It’s healthy to laugh at a moderate level. This show makes sure that you get enough laughter to make each episode memorable. 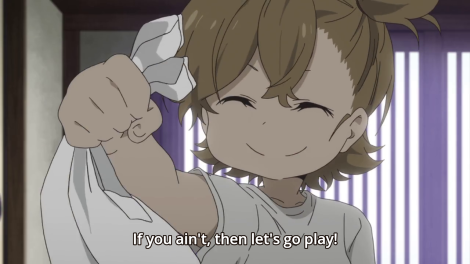 3. The episodes are straightforward. Each has lesson(s) to tell. A few dialogues are enough to get the point.

It might seem ordinary at first, but what sets this show apart from the usual SOL is the real life lessons we can actually get from each episode. The lessons are easily relatable and, personally, they hit the bullseye of my everyday struggles. What makes it good to learn from is the optimism that the show gives off. Though it could hurt to have the lessons true enough in real life, your choice is to take it positively. (Note: I’ve written a lesson note from episode 2.) 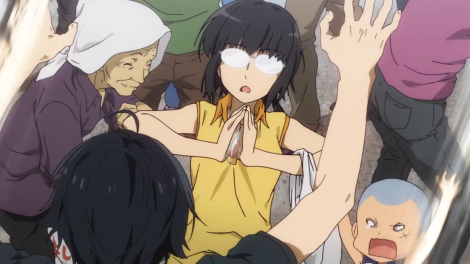 It’s an SOL with characters of varying ages, as opposed to what’s common nowadays–teenage girls in their school life stage. Wisdom can be gained from all types of people. There are even times when children are the ones who see the most out of things and adults are the most blinded from what’s really important. Old people have been living long enough to understand most things in life, though there really are questions we can’t answer. Teens know how to have fun, something adults forget to do. Now, a show with these characters is truly a slice of life.

Moving on to the technical side…

5. Animation is fluid most of the time. BGM suit most of the scenes. Sound effects add impact.

Although the animation is inconsistent at times, the show can generally be regarded as something well animated. The fluidity of movements is present and the exaggeration of facial expressions are utilized at the right timing. The character designs are very pleasing to the eyes, too. Add to these visuals the seemingly suitable use of sound effects and BGM to create greater impact. I just found out that Kawai Kenji is in charge of the music for this show. I haven’t really checked out his works, but he’s famous in and outside Japan for his orchestral compositions. 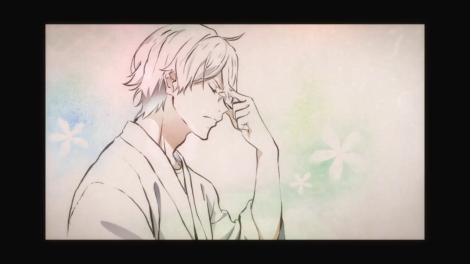 6.2. Minimalist colors are utilized in the ED and OP animation. They add visual variety and are pleasing to look at

6.3. The OP and ED songs are really catchy and just right for the overall positive feel of the show.

The OP and ED sequences are pleasing to the ears and eyes; I have never skipped them. Now, I’m waiting for the release of the songs/singles. I really love the use of watercolor (effects) in the ED animation.

Thinking back, I might have been waiting for a slice of life anime like this to show up. 🙂

Now, are you even more interested in trying out the show? 😀

7 responses to “Barakamon is a SOL gem”