It seems that many people expected the Noragami OAD to be somewhat similar to the TV series in terms of the atmosphere and plot development. What can be expected from an OVA? Most OVA of TV anime series are actually lighter and easier to watch. They are what we call “bonus content”. But hey, that generalization isn’t exactly true for the 2nd and last episode of Noragami OVA. Most of the episode was an adaptation of a standard manga chapter, chapter 24, and not a “special” or “short” chapter. 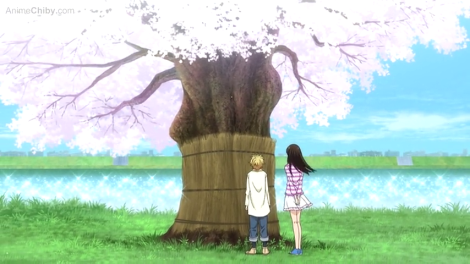 Comparing this OVA episode with the manga chapter, one would notice some slight modifications in the order of events. Even some dialogues were altered. Moreover, there were a lot of added material, which were mostly for the comedy.

Though the manga chapter maintains the seriousness of the series (and included some discussions regarding the new obstacle the characters had to face and deal with), the OAD doesn’t really destroy the beauty of Noragami. In fact, the OVA episode itself is very enjoyable and the writers did a good job in making it easily relatable for those who don’t read the manga (or those who haven’t yet read the later parts of the manga).

Setting aside the fun feels of the episode, there was a clear conflict resolution between several characters, providing a nice wrap-up of the previous events. With this, it becomes quite clear that we won’t be having a TV series sequel any time soon. The anime TV series was successful enough in promoting the manga. Right now, it’s one of the most well received works by manga readers and has a steadily growing international fanbase.

If you weren’t fully satisfied with how they ended things in the anime, I highly recommend the manga. In my opinion, it is a lot better than the anime (especially with the ending) because of how each arc is beautifully ended. You’ll also enjoy the gorgeous art of the manga. Every page is very pleasing to look at, and that is because of the dedication of the two authors behind the identity of Adachi Toka. Adachi-sensei does the foreground character drawings while Tokashiki-sensei does the backgrounds. That’s how Noragami manga quality is top-notch. The only pain is the monthly agony from waiting for the new chapter release.