I’m in the mood to share news that pique my interest today. I guess this is one of the benefits of sleeping and waking up early. Well, actually, I overslept. I stayed on my bed for 10 hours. 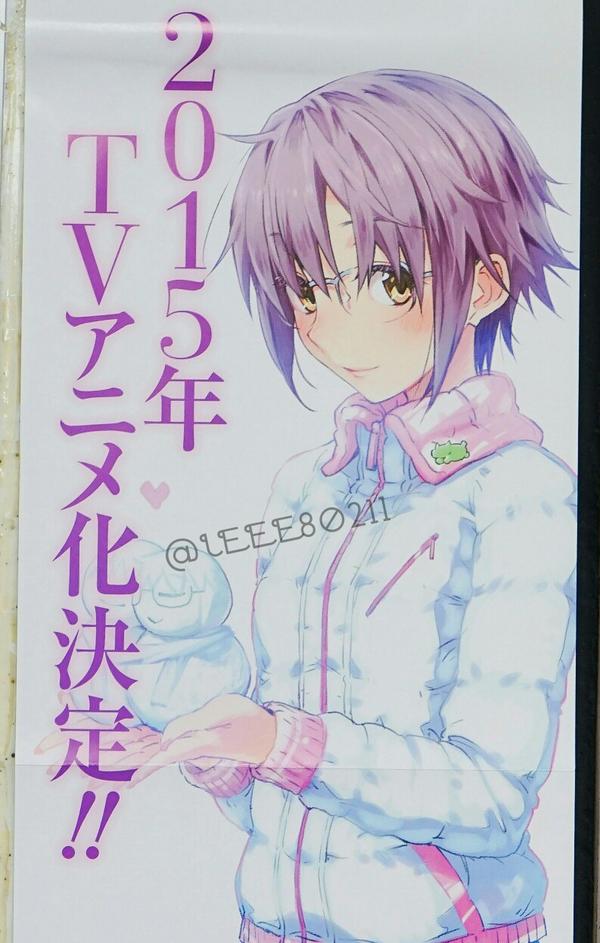 While browsing one of my favorite blogs, this news got my attention. Nagato Yuki-chan no Shoushitsu, a spin-off manga by Puyo was confirmed to have its anime adaptation to air next year.  The production was already announced last December. Details regarding the anime will be announced on the 4th of September.

While I haven’t read the manga, I have watched the spin-offs of the original series such as Nyoron Churuya-san and Suzumiya Haruhi-chan no Yuuutsu. Though, judging from the art of the new spin-off this might be different from its predecessors which were innocently and entirely made for fun and laughs.

Puyo’s Haruhi spin-off manga series starts off with a less aliens, ESPers and time travelers approach to the material, as an average girl Yuki tries to save her beleaguered literature club by recruiting Kyon.

I am looking forward to this series since my favorite character from the franchise is actually Nagato Yuki, but I do not ship the Kyon x Yuki pairing. I still ship Kyon x Haruhi because of their funny relationship on-screen. But, whatever, I think I will still enjoy this. 🙂

So, it’s finally time for Nagato Yuki to shine under the spotlight!