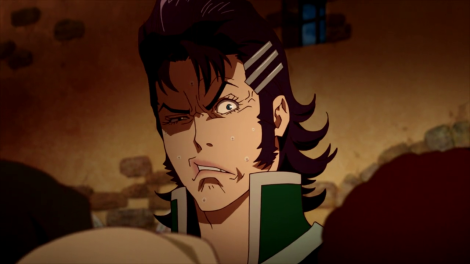 Shows I am watching

“Kokkuri-san. Kokkuri-san.” and that deadpan expression of Kohina. Hearing OnoD’s voice in a character who seems to be a father-like figure, I feel like I’m watching Barakamon set in an alternate universe.

It’s already been decided a long time ago. It’s Mushishi, Ginko, and his adventures in a world of wonders! What more reason do I need?

Watching it since I stopped reading the manga. So far, so good.

I read the manga, but the updates were slow. I bet the part that I’ve read were already aired now. Anyway, I think the anime did a good job in making things look more colorful and lovely, not that the manga had many color palettes. But, really, it’s just amazing how beautiful it really looks.

I genuinely enjoyed every second of it. I loved the art direction, the character designs, the music, the voice acting, and the animation… basically, everything!

… not necessarily because they were totally bad anime. One of the reasons is just I have limited time to actually afford watching more than I can handle. It’s just another way of saying, “It’s indefinitely on-hold or dropped but, either way, the heavens might grant me the chance to pick it up again.”

The inconsistent art designs bother me.

Madan no Ou to Vanadis

Beautiful art, really, but now’s not the time for me to watch this.

Nooooo, 3D dance sequence. 😦 Anyway, that’s actually fine with me. It’s just that I didn’t like the music the main characters were dancing to. And it was repetitive, too.

Part 3 will be posted on an opportune time.