Continuation of Summer 2014 Last Impressions Part 1, quick last impression notes and classes of Summer 2014 anime (and some other anime ending this season). (Any anime that isn’t in this list is either dropped or had not been watched at all.) 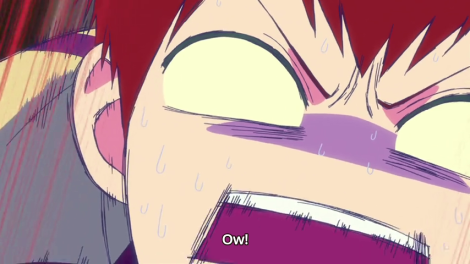 This series has always been enjoyable to watch! The realistic approach on professional tennis worked for me. Although the premise would have been boring at first look at (not to mention the title itself sounds misleading: “Is it a story of two teenage couples raising their child, finally facing the responsibilities in parenthood?”), I found the fun character interactions and the overall earnest atmosphere of the show pleasant to watch. Also, it’s a good thing that the romance side of it is kept at bay despite being hinted many times throughout the show (it’s also entertaining, though), allowing us to focus on the protagonist and see how he carves his own path, with the assistance of everyone in STC and his rivals, towards professional tennis career. Verdict: Class A

Let’s get things clear before any misunderstanding arises. I’m not a lolicon, okay? 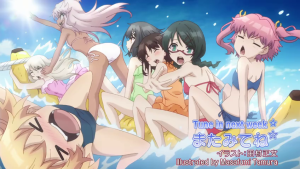 I can’t believe I made it this far with this show. I watched the first season just because it’s a spin-off (written by a Fate doujin artist) of Fate. And it didn’t look like it’s anything serious like Fate/Zero or Fate/stay night, so why not give it a try? You know, just for fun. Of course, it turned out fun. The cast is lively, SILVER LINK can pull off ufotable-esque art and animation, and the out-of-character Tohsaka Rin (or should I say, her true nature?) is so hilarious! Anyway, this show is so easy to watch because it’s mostly the kids having fun… not. It’s got some solid main plot (that kind of looks like a Card Captor Sakura rip-off), too. And it looks like I’m gonna have to wait for the sequel. Verdict: Class B 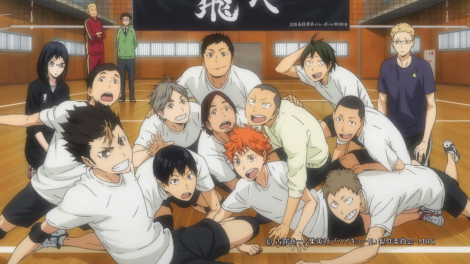 I love everything that is Haikyuu!!–all the characters, the animation, the story and subplots focusing on the supporting characters, music and its perfectly timed use on various scenes, and that slice-of-life-ish feel to it. If I have to mention something that kinda bothered me, it’s the very obvious recycling of some cuts, especially those that frequently occur in the matches such as Oikawa serve, Asahi/Tanaka spike, etc. But those were just minor things that  didn’t hamper the enjoyment from watching the series. Verdict: Class A

Dropped this show at episode 7. In fairness, the art is ‘cute’ and the colors are bright, but I had a hard time getting used to the character designs, especially how the eyes were drawn. The yuri subtext failed to get me hooked to this series, because it felt like it was forced, like the writers just decided to make all the characters flushed with every compliment they get. Drama was all over the place but, like the yuri atmosphere, forced. Geez. And the biggest reason I dropped this show was that blonde girl is an ultra-active kid who doesn’t know when to shut up, or at least, when to tone it down. Blame the seiyuu. Also, I expected to see more of yosakoi, but the slowness in building up of the club got me impatient. This is an example of how NOT to do a cute girls doing cute things anime. No, they weren’t doing cute things. Nothing like cute things in this show. At all. Verdict: Class D 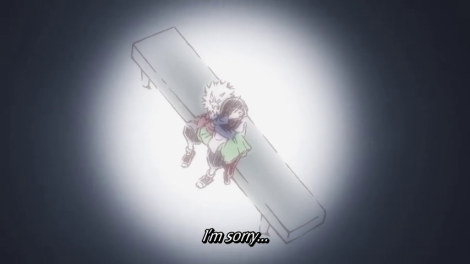 It’s been a crazy ride with HxH. I loved every moment of it! I watched it in bulks. At least, I didn’t have to painfully wait for the new episode every week. Regardless, IT’S LEFT A HOLE IN MY KOKORO NOW THAT IT IS OVER. Verdict: Class S

Let me shout out my love for Killua! You’ll always be in my kokoro. 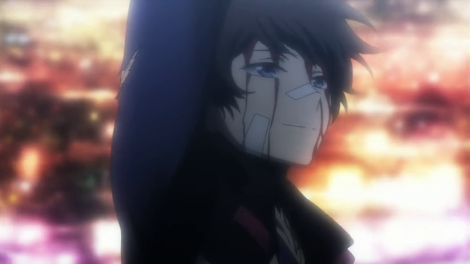 This is like the combination of Zantero (secret facility to raise children with superhuman capacities/abilities) and Tokyo ESP (the human versus something more than human conflict; in this case, humans versus Minimum Holders), and I think it does better in getting the viewers interested in the characters’ backgrounds than do the mentioned series. Despite the fact that it seems to be oddly paced, the lively characters are fun to watch and I really enjoyed watching their interactions. They had this unique chemistry and everything they do are not boring, even the funny scenes in between the serious tones. Supporting characters (Freemum) are pretty forgettable, though. I commend this series for being a pretty decent sequel, which actually answered some of the questions from the first season, like why Art was like a different person at the end. Overall, it is a decent action show, but somehow weak on the mystery part which was the bigger portion of it. Verdict: Class B 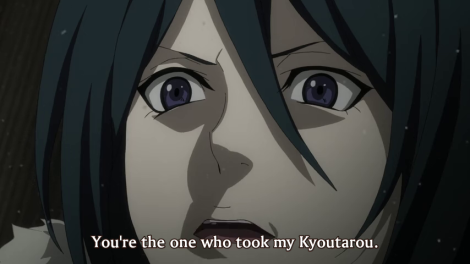 No matter how you look at it, this show is about two girls fighting over an uninteresting man. They were only equipped with so-called ESP powers to make things look ‘cool’, thanks to weird holographic goldfishes flying around the city. Action is supposedly the biggest drawing aspect of this show, but it sucks even at the fight scene choreography. Plus, the romance, which was something really pushed through in the ending, isn’t something to write home about. Verdict: Class C 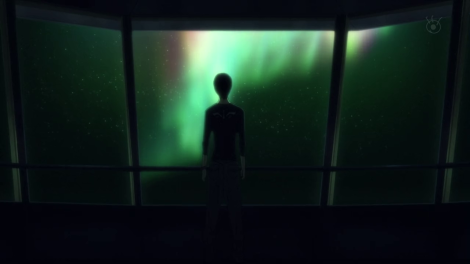 I loved the first half, didn’t like the second half as much. The direction I wanted for the show was different from where it headed. I did not expect this show to depict the Nine and Twelve as weak characters, using terrorism as their front to prove that they aren’t, regardless of their aim to uncover a truth that was long ago buried along their past. But it turned out good for the most part, except that the romantic melodrama was somehow forced and just overall left a weaker impression than I thought. Also, my heart goes to Nine. He was almost left alone, you know. Verdict: Class B