That is neither an understatement nor an exaggeration. It’s something I can say without hesitation. 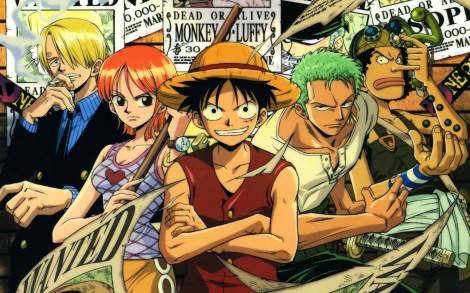 As I have said before, One Piece is one of those long-running series (ehem, Detective Conan, ehem) that I am interested in. But given its current length and distance, it has already sailed too far away for me to play row-row-row-your-boat-and-catch-up. Realistically speaking, since I am now slowly plunging into the ocean of Real Life, where it’s a more horrifying place of sink-or-swim, it may be impossible for me to catch up at all. Knowing that somehow makes me all blue, but perhaps I’ll just enjoy what I’ll be able to watch at any given time.

At the time of writing, I’ve only seen 71 episod—hey, I know what you’re thinking. Please excuse the fact that I truly am late for the party. However, I’ve seen some episodes of One Piece back when it was dubbed in Tagalog and shown nationwide on weekday morning TV. Even then, I understood the “fun” aura of the series. (Though at that time I didn’t know it is partly animated in the Philippines–specifically by Toei Philippines).

I decided to finally watch it in Japanese dub around three years ago but the supposed marathon was unfortunately cut off by circumstances I cannot recall. Anyhow, I ended up stumbling upon it recently and before I knew it I couldn’t stop watching, or catching up. It’s as if the three year gap that made me wonder what’s in the series that fans talk about it so gleefully did not happen. Heck, my guy friend’s eyes were shining when he was fanboying about it around 14 nights ago.

I’ve seen little of it compared to what others had, but I sort of understand what makes One Piece a delightful anime to get immersed in. I hope to share with you, in no particular order, the reasons I found from watching thus far.

The sea is not the natural habitat for man and so we cannot survive long underwater without the support of our sea-exploration technology. Nonetheless, what we know of our waters is significantly less than what humanity has studied on land. Hence the seas are even now full of wonders waiting to be discovered and rich in potential for explorations. 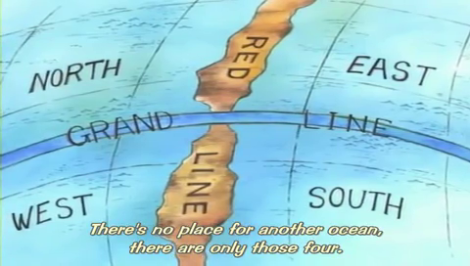 One Piece, being mainly set in a world where travelling on and exploring the waters is popular, truly lives up to the possibilities in the sub-stories that it could tell. There is believable sense of danger whenever Going Merry sets out for another journey. And the events where the crew must engage in battles do not only necessarily occur in points A and B of their travels. The time spent going to point B from point A is always not a time to relax and just “wait for the next adversary” to come. It’s full of surprises as a result of getting into the unknowns, just for the Straw-Hat crew to find One Piece. That’s why One Piece is a real adventure story—in which legends are myths until lived and witnessed.

Dinosaurs? Dragons? Giants? Humongous sea creatures? A lost, sunken island that resurfaces every 1000 years? One might think One Piece is full of references to every fantasy story that we’ve read or heard, but all of these are not a big deal as they work perfectly under the universe’s logic (See #1). Of course, it can also get as science-y as it wants—from the unpredictability of the weather to the tactics used in fights, though it doesn’t bother going too detailed to spare us the boredom. 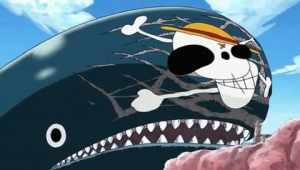 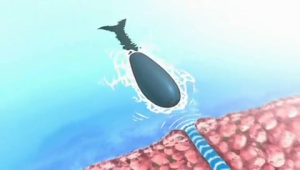 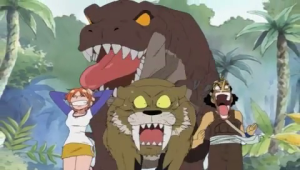 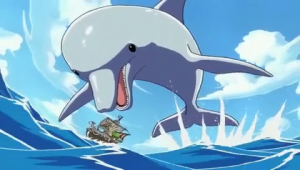 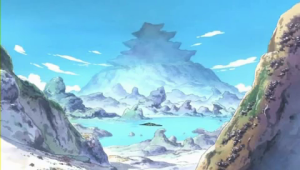 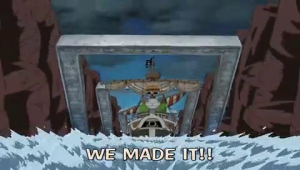 Friends spend time together and enjoy their companionship even if they don’t always have the same ideologies nor share the same goals. Luffy aims to become the Pirate King. Nami wants to build the world’s complete map. Sanji hopes to find All Blue. Zoro trains to become the greatest swordsman. Usopp wants to become an honorable warrior of the sea—though he must first work on his being a bad liar. They all have different passion, but they believe that their journey together will help them grow into the better persons they want to become, bringing them closer to their goals one step at a time. That is believable friendship, because a person will inevitably want to stick with the people who can look out for him, correct him when he’s wrong, and appreciate the things he does right, as he can for them. It’s a give-and-take relationship.

Whenever their egos clash, however, friends are also bound to fight. The more one wants his friend(s) to know and understand his sentiments, the more he is willing to fight for said sentiments and go as far as rejecting the other’s reasons. A mediator may be necessary to help get both parties acknowledge their being hot-blooded and too emotional. This was clearly shown in one episode during the Whiskey Peak arc, where Luffy had misunderstood Zoro’s actions as that of ingratitude. With a simple brain like his, he got easily mad at Zoro and vowed to kill him, much to Zoro’s disappointment and rage. Nami enters the scene, knocking out the two and providing time for Zoro to explain his side of the story that Luffy didn’t initially listen to.

All is well and good with friends who are close enough to actually poke fun at each other! 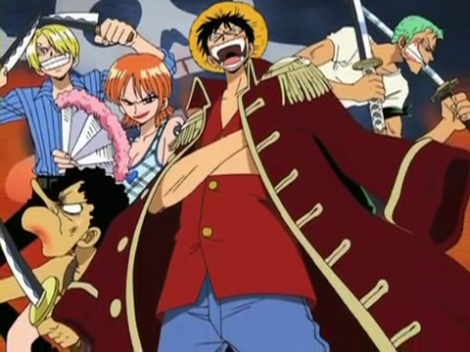 The story presents pirates (who are more generally thought of as hideous) as the main protagonists, juxtaposed with the supposedly morally upright Marines. The pirates are evil and only do harm to the populace, stealing properties and killing everyone in their way. The Marines are the defender of the people; their mission is to catch each and every single pirate sailing in the sea. Now the pirates are as clever as the naval militia, so the tag is a never-ending game of contemplating on morals and justice in black and white vision. That sounds great for another blockbuster Hollywood movie, eh?

But One Piece doesn’t ride on that simplistic view on things. It effortlessly shows the blurring of the roles of the “good” and the “bad” and instead embraces the ambiguity and complexity of the nature of individuals and groups.

I can’t say much about the animation of the anime, but one of the technical aspects that deserve my approval is the background music. The pieces are mostly concert band music that easily helps build a somewhat Western feel throughout the episodes. The prominent wind instruments in them effectively help me in getting into the mood, ingraining a gusty atmosphere in the scenes which seems fitting for the sea adventure theme of the story. It’s also notable how wisely these tracks were used together with the sound effects, as if the anime was filmed in a real-life reimagining without holding back all the mass chattering, explosions, running, and yadda yadda. 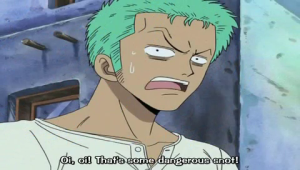 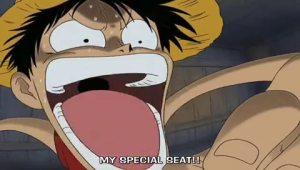 There’s never a dull moment in One Piece (at least, from what I’ve seen so far). Even the filler story arcs are really well-written, I might not skip any of them in the future. And just as what you’d expect from a saga, not everything gets revealed at every checkpoint. After an arc ends, you’ll end up with more mysteries than when it started. But that doesn’t mean that the story hasn’t progressed from where it began. The fact that One Piece is not boring to watch is also attributed to its healthy amount of comedy—funny characters and interactions, random puns, and just bizarre situations. The odd mixture of it all just sort of works perfectly.

One Piece is great. And I mean it. I don’t know if the list of reasons-for-liking-it will get longer as I watch more and I also have this nagging feeling that I’ve not said enough, but nothing changes the fact that I have a great time watching it. It’s really worth getting on board. If you haven’t yet, want to hop on?

36 responses to “One Piece is great!”