(This is a part of the series of posts, 12 Days of Christmas, done in my own way.) 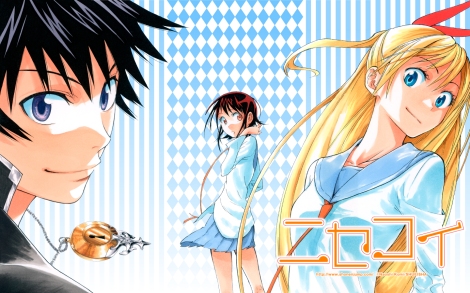 I have been following Nisekoi manga (Story and Art by Komi Naoshi) since 2012, so when the news for the first season of anime came out in 2013, I was really happy. Those were the times I was still harboring pure love for Nisekoi, despite its flaws. This is pretty much a rant post (mostly in regards to the manga; slight spoilers ahead!). Go ahead and hate me.

Here goes my loves and hates in Nisekoi! Bring them on!

Clearly, I’ve come up with more loves than hates. That’s a bad sign of being overly attached to the series. I need to get rid of this obsession. Or do I? Still, I love hating on Nisekoi, but I love it enough not to totally hate on it.