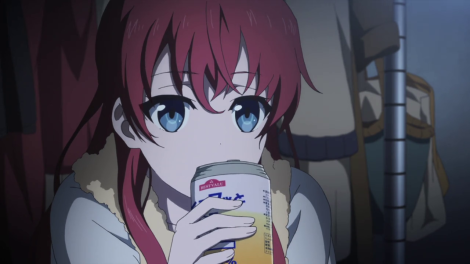 Before anything else, I want to thank KaiPercival for the meaningful questions (s)he sent to me on ask.fm. I decided to turn those answers into a blog post, because I haven’t really written here for more than a week, and I’m also unmotivated at the moment to write a truly new content.

Perfect illustration of the current state of my mind–so gloomy and uninspired. Also, Zuka-chan. ;_;

Without further ado, here are some of my personal recommended manga, chosen at random. And by that, I mean the following manga titles were chosen without specific genres or length in mind as long as they have are already complete. Not all of them are already released in English, though. In no particular order:

The only Akamatsu Ken manga I ever read when I happened to lend the physical volumes from a friend. It’s standard comedy-harem-ecchi combination that’s also very similar to Ah! Megami-sama in terms of its premise and, of course, the three sisters and their archetypes. From what I remember, the MC wasn’t a complete jerk like *cough* a certain *cough* brainless breansprout. What I’m trying to say is that this is one of those unpopular, pretty decent comedy/ecchi/harems that I truly enjoyed. (MAL; Genres: Ecchi, Romance, Harem and Everything Nice)

According to what I read and heard, this is the predecessor ‘cute girls doing cute things’ SOL anime (Not sure if the same is true with the manga). It’s mostly 4-koma; some chapters are occasionally drawn in conventional panels especially when the a sub-story is longer than what 4-koma could tell. Sometimes it is light-hearted and funny but other times has weird and surreal things going on in it. (Looking closely, maybe that was what inspired Arawi Keiichi to draw Nichijou? Or even Sano Nami to unleash her limitless imagination in Sakamoto desu ga?) Perhaps, this one was really aimed to weird people? (MAL; Genre: Cute Girls Doing Cute Things and Some Weird Stuff You Probably Won’t Understand Even After You Finish Watching This So You Don’t Have to Try Comprehending That Surreal Stuff at All, That is My Advice) 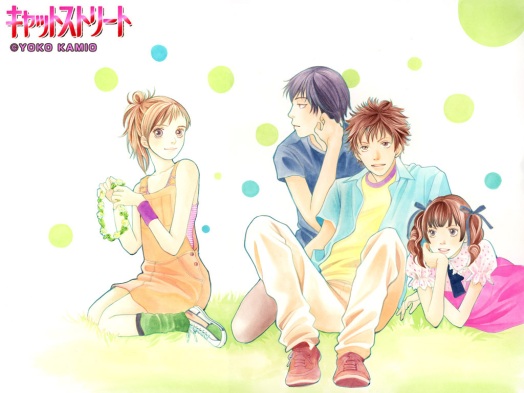 This one is brief, but it felt long when I read it because I happily took my time reading it. It’s the type of manga that it’s so engrossing to the point that I didn’t want to quickly flip the pages. It’s tagged as shoujo and romance, but Cat Street is really something more. One, it actually recognizes the struggles within a person, not only the problems people face without, and how one can face and overcome these struggles. Two, it’s a tale of knowing one’s self, accepting past failures, and moving forward. Yeah, it’s simply the stuff I really like. (MAL; Genres: Drama, Romance, Shoujo, Identity Crisis)

Set in Victorian era England, it’s a tale of the titular maidservant of a retired educator. She falls in love with the tutor’s student, son to an upper middle class family. In short, Emma carefully touches the old thing known as the forbidden love of the rich and the poor. I don’t know if anyone is into dramatic romances (Oh, I think one of you is), but this one is a dramatic romance done right. It just knows when to pull the strings with its twists and turns that aren’t too unpredictable–and that’s fine, because it also knows when to destroy one’s expectations. Plus, the art is so lovely, which does justice to its historically romantic setting. (MAL; Genres:  Historical, Romance, Slice of Life, Seinen, and Drama–How could MAL miss this)

Well, if you’re looking for a fast read that is worth your time and fluffy feels, this manga is for you. You can basically get the whole story from its synopsis, but what’s charming in this manga is the way everything unfolds. It’s not so straightforward, but it’s not a confusing meandering of narration either. It’s kind of poetic, and I love that quality of it. (MAL; Genres: Romance, Slice of Life, Josei, Shotacon)

You might have already heard about this, because there was an anime adaptation announced last year (it’s gonna be theatrical, though). So this is how it began: you have a naughty/fun-loving boy that potentially turns into a bully when a partially deaf girl transfers into the boy’s elementary school. You can picture how bad things turn out for the girl, and eventually the bad deeds of the boy bounced back unto him. The girl left and transferred schools again, leaving the boy with creeping guilt even as he grows up. Flash forward to high school and they find each other again, thus, the boy’s (and everyone else’s) journey to forgiveness, acceptance, and friendship. Note: this can be so hard to read sometimes because of the concentrated ugly truths it packs in each punch. Brace yourselves. (MAL; Genres: Drama, Romance, School, Shounen, Life is Horrible, Katawa shoujo)

Uh, how do I put it. It’s basically ecchi, but I really enjoyed reading this. So there’s this girl whose name is Kyouno Asuka, a beauty who can make every guy gaze at her with amazement every time she walks by. Unknown to her, her deeds are unintentionally ecchi (suggestive for the guys), but what really makes her charming is her love for life, to the extent that she might want to butt in other people’s businesses–which annoys the said people at first, but later makes them think on the brighter side and want to thank her. It’s ecchi and it’s also inspiring–the gap just makes it funny. I bet I’ll never find a good, ecchi manga like this one. (MAL; Genres: Comedy, Guilt-ridden Ecchi to some, Guilt-free to others, Slice of Life, Seinen)

Kai’s questions helped me realize I don’t read complete manga that much, and that I’m running out of titles to recommend to him/her whenever (s)he will ask for new ones. In other words, do you have any completed manga recommendations that you’d like me to read? (Please avoid suggesting ecchi-harem-magic-school-overpowered-MC-stupid-girls titles. They’re my pet peeves right now.)