Photo not mine (c) Warner Bros.

I just watched the second part of the second installment of Warner Brothers’ live action adaptation of Watsuki Nobuhiro‘s classic manga, Rurouni Kenshin. The movie was subtitled “The Legend Ends”. It was a highly entertaining movie not just in cinematography, acting, and music aspects, but also in the personal connection aspect with its viewers . This personal connection is greatly influenced by a viewer’s prior patronage to the anime and manga. Being a fan myself, I had this hype for a while now and my cravings were surely satisfied as I have finally watched the movie 2.2 in cinema! This makes it the first time I completed a Japanese series of movies in cinema.

Let’s get back to my post title, if you’ve been curious what I meant to do with it.

I didn’t want to make a big deal out of this, but I just can’t let my thoughts die. This is for the people who didn’t seem to get (or who were all blinded by sheer entertainment) what the movie was trying to convey in terms of the development in the main character. Of course, this is opinionated, but I don’t think this opinion is totally far from the truth (in the RuroKen universe). 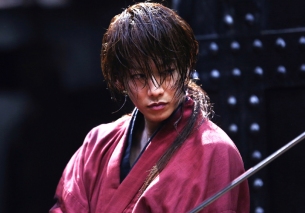 Those cold eyes are perfect!

Kaoru had little screen time, but that was fine. 🙂

Who/what does the “Legend” pertain to?

RuroKen Densetsu no Saigo-hen / RuroKen The Legend Ends: the “legend” in the subtitle is Himura Battousai, the ghost of Himura Kenshin‘s past, and NOT Shishio Makoto, who was, at best, a second-rate hitokiri. The man behind Battousai was constantly pursued in the movie by Shishio Makoto and, quite annoyingly albeit funnily, Oniwabanshu‘s Shinomori Aoshi.

The legend of Battousai ended because Kenshin kept his vow of never to kill again (korosazu no chikai) with his reverse-blade sword (sakabatou). It was Kenshin who put an END to his own LEGEND as he tried to stop Shishio, who was trying to recreate or imitate the terror that people felt during the time when Battousai was at his prime (under Shishio‘s pretense of initiating a war with the Meiji government), while seeking the acknowledgement from his predecessor.

Kenshin even drilled the Ougi (ultimate technique) of Hiten Mitsurugi-ryuu, Amakakeru Ryuu no Hirameki, into his very mind, soul, and body—for the sake of stopping Shishio Makoto (and his army), killing the hitokiri Battousai, the legend and the monster inside of him, and protecting his loved ones, who always chased his shadow whenever he was astray.

The movie revolved around Himura Kenshin, fighting his new enemies, his past, and his own self who was swaying between his vow and his apparent need to kill. And with the 2nd part of the 2nd movie, we all received a satisfying resolution to this conflict.

It wouldn’t make great sense, and fulfillment for that matter, for the movie to be named even just in the subtitle after a supporting character, although he played an important role in the character and character interactions development. It makes much more sense for the central character to be the subject of this subtitle, in line with the subtexts present in the movie. 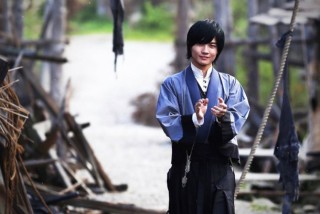 This movie is my favorite among the installments. Gotta give the production staff some recognition and respect!

2 responses to “In case you didn’t know: RuroKen The Legend Ends is all about Himura Kenshin”