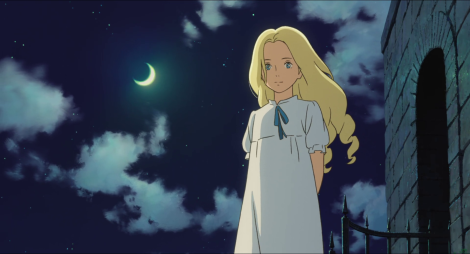 After weeks of waiting, I’ve finally glued my eyes on the screen for Omoide no Marnie (When Marnie was There). It didn’t quite live up to my high expectations (blame the very appealing trailer), though it’s just fair to say that I enjoyed this. That emotional punch towards the end was unexpectedly strong, but that’s primarily because I was projecting myself into Anna for too much. I couldn’t hold back my feelings from turning into tears and, oh, nasal congestion. 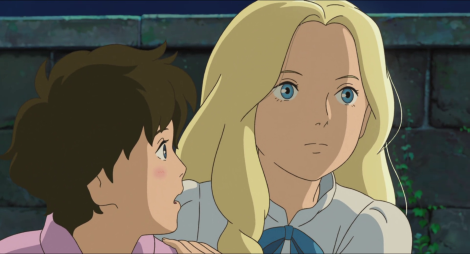 Expecting some yuri, I was really looking forward to this despite my reputation as one of the scarce Ghibli non-fans. Putting my doubts aside, I figured it was relatively safe to just watch it, since it didn’t look too fantasy-laden to me. Fantasy Ghibli films weren’t my favorites, you see.

But I’ve got to admit, though, that I admire the details Ghibli staff always put into their works. I understand why many anime fans are drawn to love Ghibli for their art and animation. It’s just that, their stories almost always just flow over my head—making those gorgeous animations just pretty much forgettable in the process.

Marnie may have been short of excellence because there was this slight sense of disjointedness in the narrative, but the excellent visuals and suitable (though forgettable) music made up a lot for my enjoyment. It really was an eye candy, that bliss in viewing it was already satisfying.

Perhaps, this is another film to be added to my rather limited treasure box of Studio Ghibli favorites—the other ones being From Up on Poppy Hill (Kokurikozaka kara) and Grave of the Fireflies (Hotaru no Haka). That actually says a lot about my general taste in anime.

And, yes, the yuri? Sorry to disappoint you (and myself), it isn’t. But hey, it still has a promising end although it may be a bit too clichéd. But when you start seeing the end, the whole thing, which occasionally felt somewhat but never remarkably dull, would make sense–like the time you spent watching the movie actually paid off.

5 responses to “Just some thoughts on 「When Marnie Was There」”